I mentioned it before, but there are not many Tesla’s in Massachusetts. A total of 900 according to the sales guy at our only store. In the areas I travel, its a rare thing to see another Tesla. This was Friday’s driving: 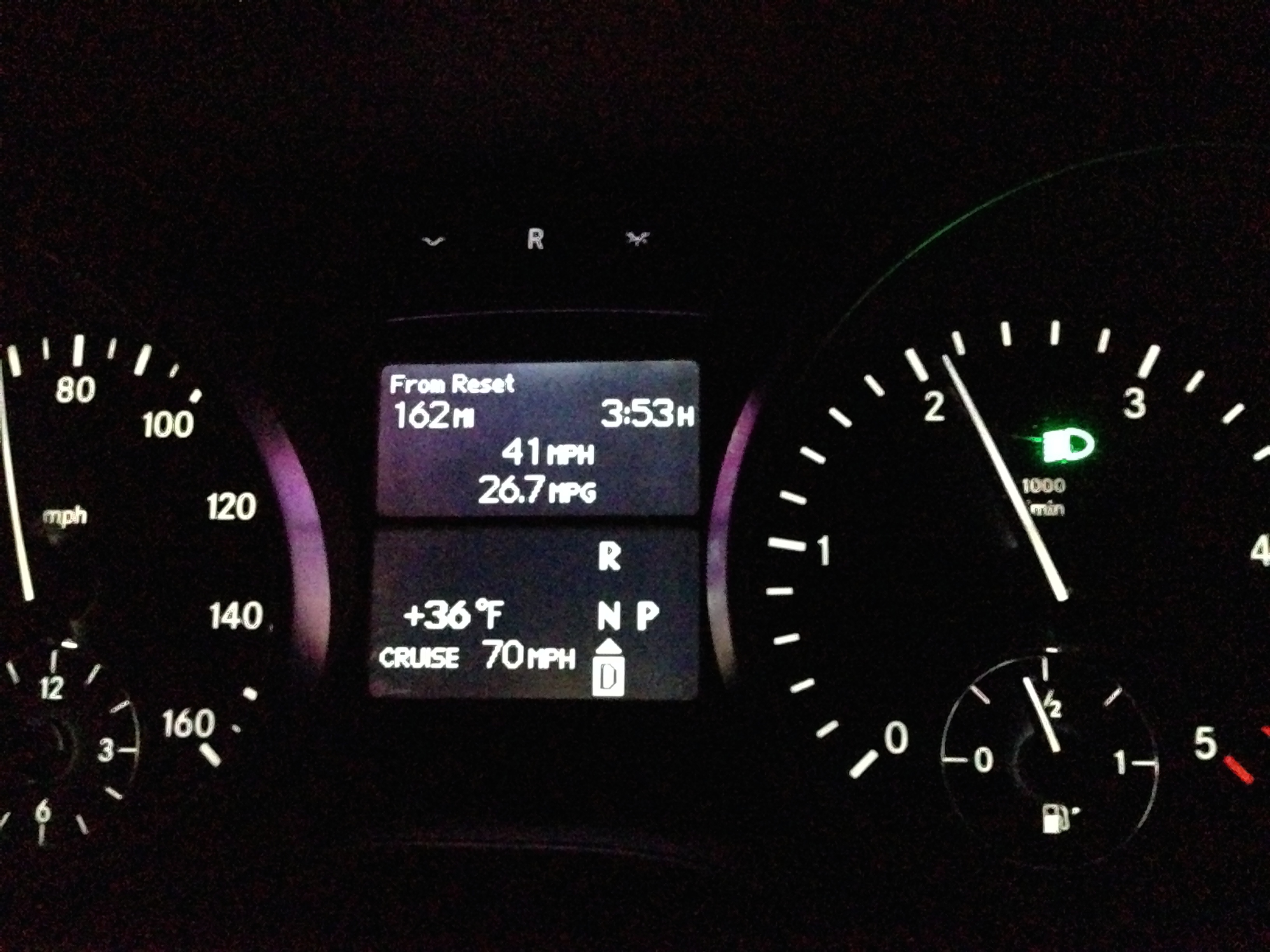 162 miles, 4 hours in the car. Almost 27MPG wasn’t bad in my wife’s 2001 Mercedes ML-350 SUV (Diesel). In my Acura it would have been 20MPG. This was just dropping off the kid, going to work, running a couple errands and driving home. That route had me going through Worcester and Boston several times and I never saw another Tesla. Like I said, its a rare event here. Nobody I know has one, and for the most part the only ones you see are in the store. That will change around the end of April. Anyone along my path will see a new grey Tesla Model S rolling by. I’m going to be putting 2,500+ miles/month on it. I haven’t seen too many others doing that kind of mileage so it should be interesting.

Over the last couple months I saw 2 of them. One at my doctors office: 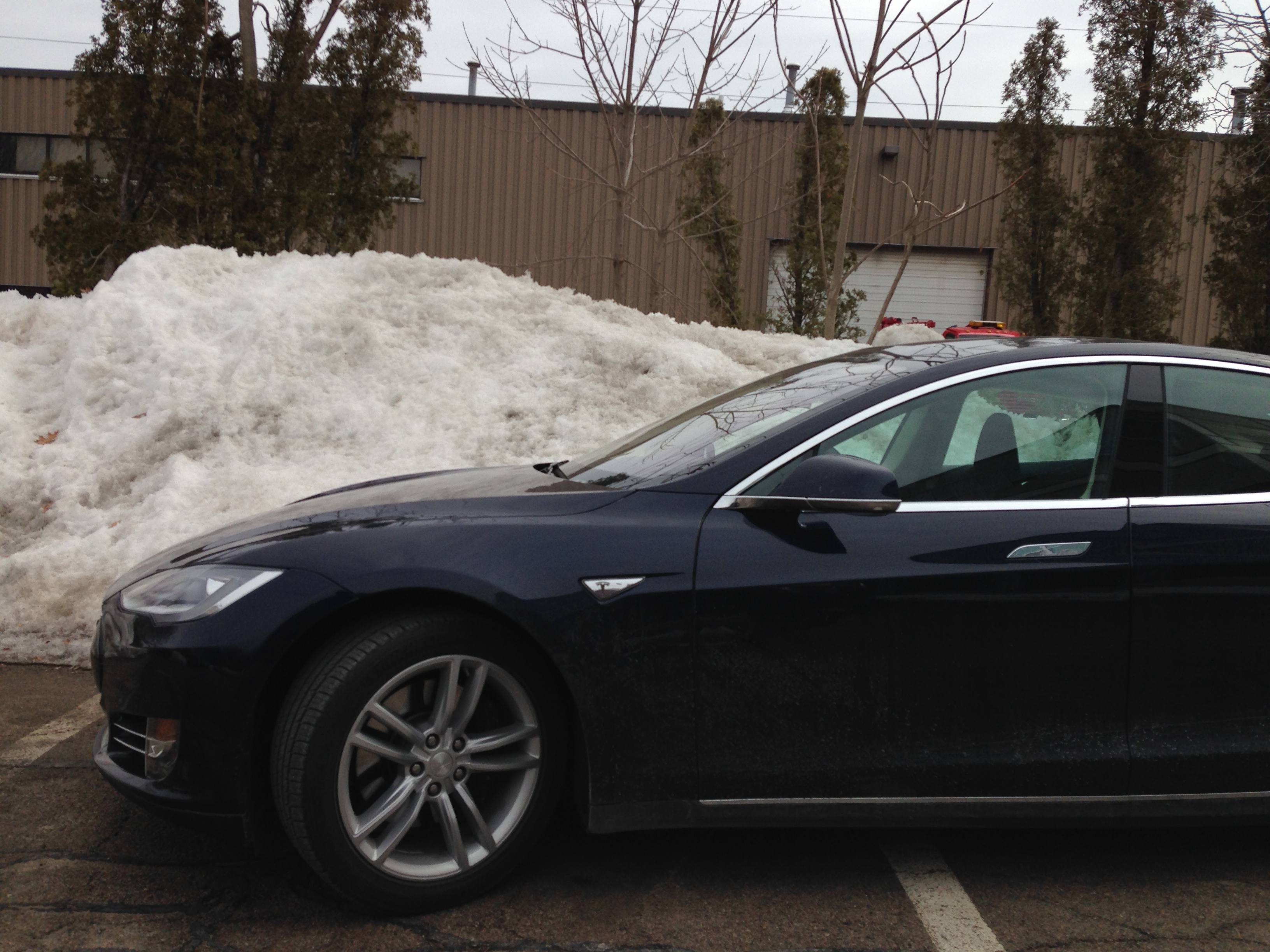 And then one blowing me away on the Mass Pike: 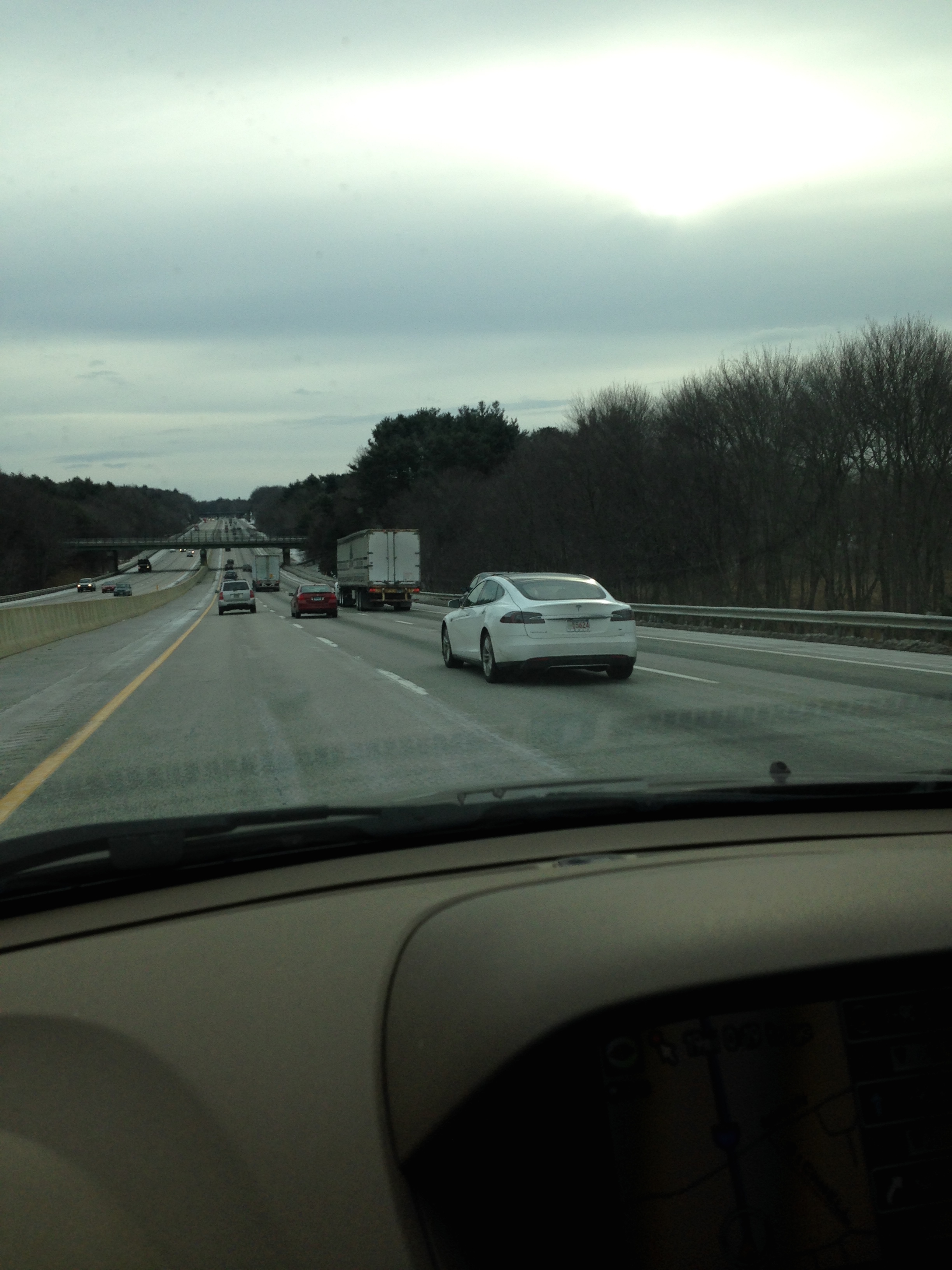 That second was interesting as it had an EV plate from Massachusetts. I hadn’t heard about that special plate type and I knew from other reading that some states/countries have given preferred HOV lane access, free parking, and other benefits to EV owners.

According to MassDOT, there’s no extra fee for an EV plate and its only benefit is around a nebulous safety thing:

“MassDOT RMV and EEA designed a unique license plate that will help emergency responders quickly identify electric/hybrid vehicles, which require the use of special safety techniques.”

The safety piece is not defined and its going to be very obvious there’s no engine in the thing. If I didn’t have vanity plates I wanted to keep i’d consider it, but with no real benefit i’ll keep the vanity plates.

4 thoughts on “Random sightings and EV plates in MA”